Why I "Definitely" want to Visit Korea.

Hello"안녕하세요" Friends From All Around The World ! 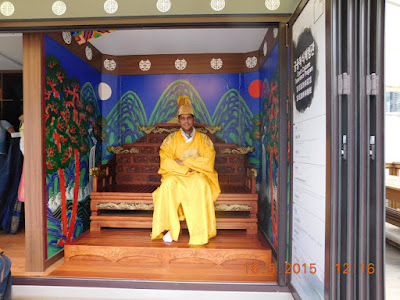 I AM Virendra Rathod From Pune India which is Know as the oxford of the East.
I am A Huge Fan Of K-POP And A Sone!After Seeing The Music Video Of Gee By Girl's Generation In 2010.Since Then I Have Been Dreaming Of Visiting Korea & Meet K-POP Idols N See Them Performing Live In Concert.By Following K-POP Songs I came Across With Various Type of K-drams & TV shows. Through Which I came To know About The Culture, Traditions, Beautiful Jeju island, Awesome tourists spots across Korea & Food Of Korea !   So I started following KTO to Know more & participated in each N every events.Sometimes I won & got My first Korean Souvenirs.By following KTO India I came arcoss Wow Korea Suppoter event where I participated in it for 3 years through which i got to know Korea well & understand there cluture.So by participating in this event I definitely want to become a part of Global Wow Korea Suppoter.   Apart from that i have been selected as a world wide Korean blogger by Korea.net since passed 2 years & Global Seoul Mate in 2014-2015.


Why I Want to Visit Korea Follows

Bulguksa Temple is also UNESCO World Heritage site.It is a Buddhists Temple with two pagodas in central main hall.It is also built in stones base platform as other palaces.But this temple is the oldest of all & must see. 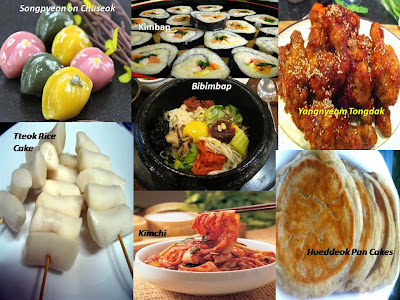 Gwangjang Market is a paradise for food lover like me were there are hundreds of food counters were we can enjoy each and every food items of Korea with alcoholic beverage Soju. That to Hot directly from pan to our dish then into my hunger stomach.
Many of Counters are open all night for those who work, wholesalers and for those who want to enjoy night life.
4. Shopping & Night-life

"No Travel Could be Complete without Shopping!"
Shopping in Seoul is one of popular activities which tourists like me would like to do.The City is home to numerous markets, malls & wonderful shops.Well Gangnam is not only popular because of "Gangnam style" but also because of it markets.It attracts many young crowd with selling various trendy items.I can find many famous Cafes, Coffee shops, Pubs,Clubs & Restaurants so its also famous for its Nightlife.If i would be luck enough i can come across to any Korean Celebrity's shopping there or having fun in Clubs.Hope this wish gets fullfill T_T

Posted by Virendra Rathod at 02:58 No comments: Links to this post 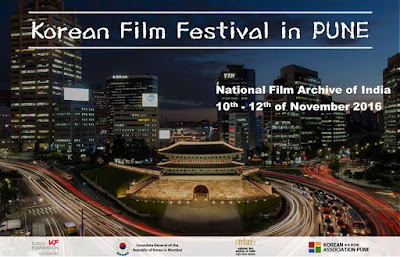 National Film Archive of India (NFAI) had brought us yet another package of Korean Movies!

NFAI in association with the Korean Consulate in Mumbai, Korea Foundation, Korean Association Pune had organized a 3-day ‘Korean Film Festival in Pune’. 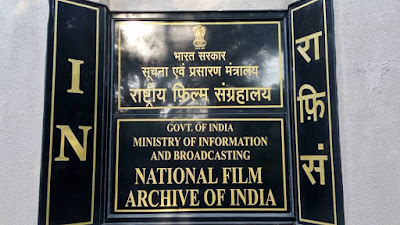 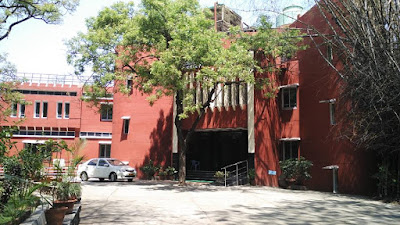 Korean cinema has tried to portray different themes and has gained critical acclaim in major international film festivals. The festival have showcase some of these critically acclaimed and commercially successful movies. 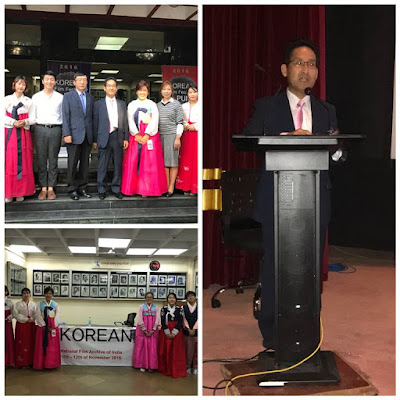 The festival was formally declared open by Honorable Mr Soung-eun Kim, Consul General (Consulate General of the Republic of Korea in Mumbai). Day 1 of the festival saw a full house of children from the Indus International School for the screening of 'How to Steal a Dog' (2014). 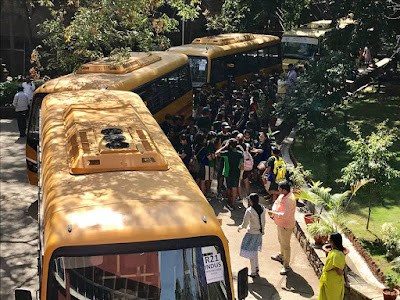 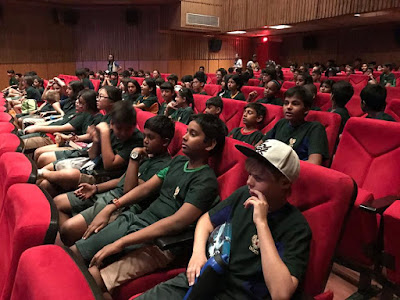 The second screening of the day was 'My Love My Bride' (2014) at 7 pm in the Main Auditorium of NFAI, Law college road premises.
There were many Korean Students residing in Pune who visited the film festival.
I was not able to Visit on the last of the festival but anyways 2 days were entertaining & will cherishes it until the next film festival.