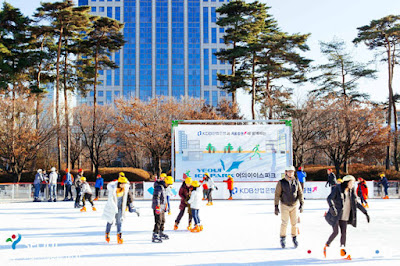 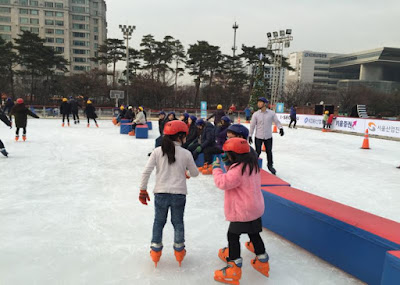 This one involves I•SEOUL•U, so you now it's going to be a good one. The official logo of Seoul that stands proud in the banks of the Han River has been transformed into
I•SKATE•U to accommodate Yeouido’s pretty new skating rink from December 9th until
February 14th, 2017. Yeouido Park is a more recent addition to the Seoulites' list of ice
skating destinations, and it certainly doesn’t disappoint. 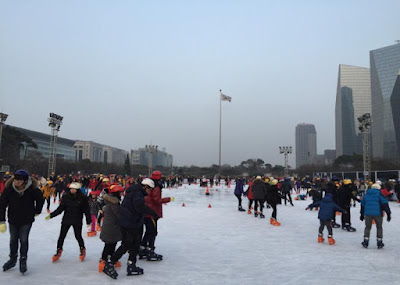 In its second year running, couples and families will be able to skate, use the sledding slope, or just have fun making snowmen in the "snow playground." At only 2,000 won, you will get a pass for the rink, rent a pair of skates and a helmet for an hour and a half. Day passes cost 3,000 won while season passes are available at 20,000 won (valid for 55 days). This 1,800 square meter ice rink will be open from 10am until 9.30pm for the 68 days of operation. 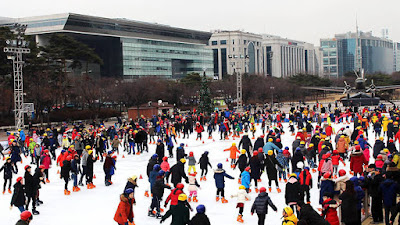 The Ice Park incorporates an ice rink, sledding slope and a snow playground as well as food trucks and a warm indoor café serving snacks and hot drinks. The ice rink is one of a number of ice rinks operated by the city during the winter, and is popular with both locals and tourists as an easily accessible place to enjoy some winter fun for a low price. A one day pass for the skating rink and sledding slope including skate rental costs just 5,000 won, with cheaper prices offered for one session tickets. 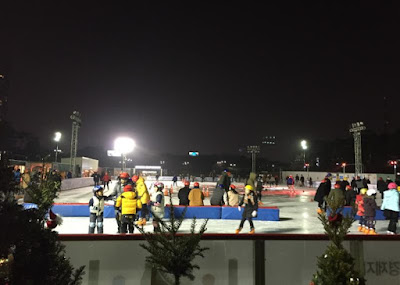 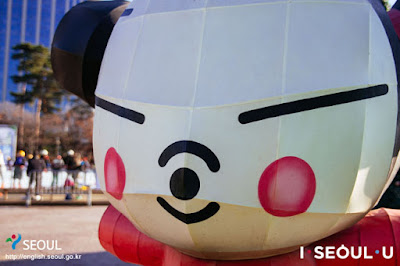 Posted by Virendra Rathod at 03:16