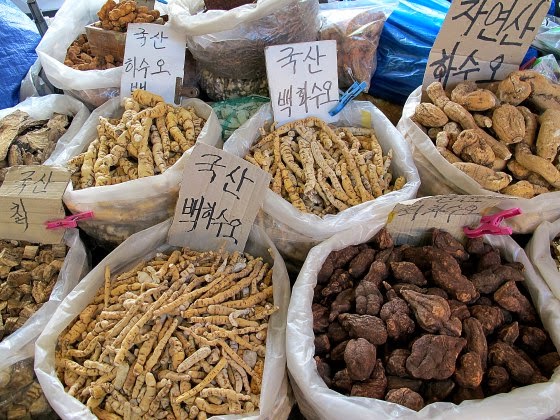 During the Joseon Dynasty some 600 years ago, Bojewon a medical institution was set up in Jegi-dong. ‘Won’ means an inn that was located along a main thoroughfare. These inns provided food and lodging to travelers with government-related work or public missions. There were numerous inns around the city of Seoul including Itaewon, Hongjewon near Seodaemun and Jeon-gwanwon near Gwanghuimun. Bojewon was not only an inn though as it also housed an oriental medicine clinic that provided medical treatments and advice to the poor and those seeking help in the city. With this historical background it was no wonder that in the late 1960s when the Seoul Government was looking for a place to set up an herbal market, they chose this location. Now Yangnyeongsi (약령시) is the largest herbal medicine market in Korea with over 1,000 traditional medicine related businesses in the area. 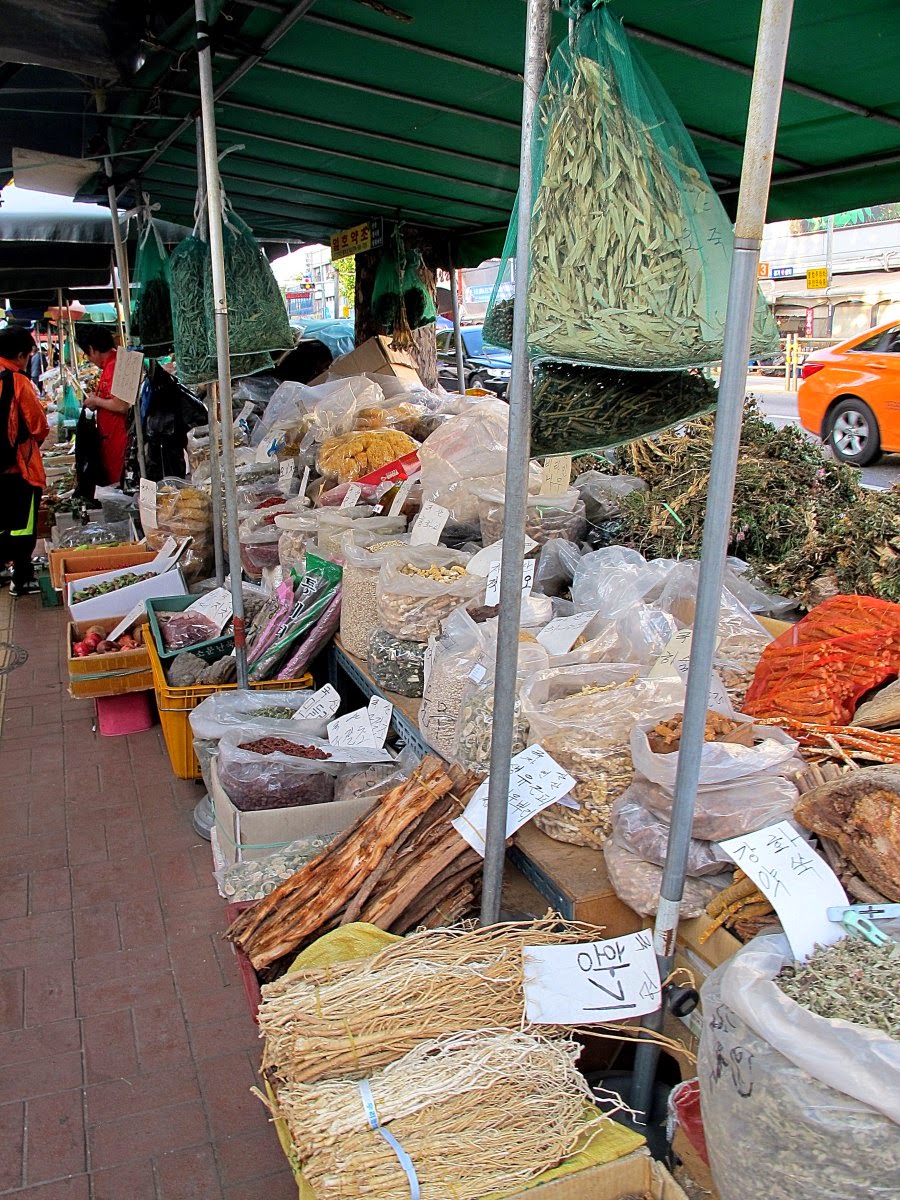 The streets are lined with shops that have bags, boxes and buckets of herbs, dried fruits and other plants that spill into the streets. The colorful goods beg the eye to stop and peruse everything high and low. Frog carcasses hang from the eaves next to dried persimmons and bark from trees known and unknown are stacked high. The shopkeepers are medicine men that will listen to your ailments and concoct a tea just for you. Popular gifts from the market include ginseng for energy and Youngji mushrooms that have been shown to prevent a range of adult diseases. Everything from honeycombs with live bees still buzzing around them in mesh sacks, cactus leaves and roots of all shapes and sizes can be found. Seeds, leaves, herbs, dried flowers and more excite the eyes as well as the nose and once they are ingested they are sure to aid  whatever the problem may be. 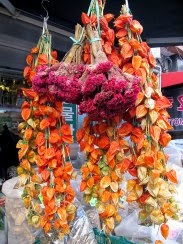 Seventy percent of the oriental medicine traded in Korea goes through here which means if you head here for your herbs, due to the low distribution costs, you can get most things that you’re looking for for up to 30 percent cheaper than elsewhere. Though some shopkeepers in the area may not want to deal with the foreigners who have no grasp on traditional remedies, many seem more than hospitable and welcome the labored conversations in order to introduce new people to their very old medical practices. 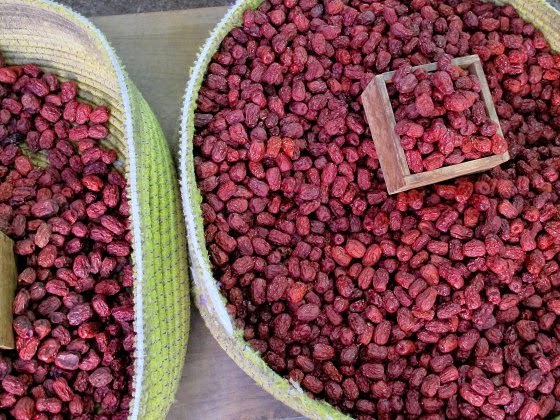 The area doesn’t seem to get that much attention from the foreign tourists, but it really should. It’s worth a visit especially if you’re interested in learning more about holistic and natural remedies to whatever ails you. 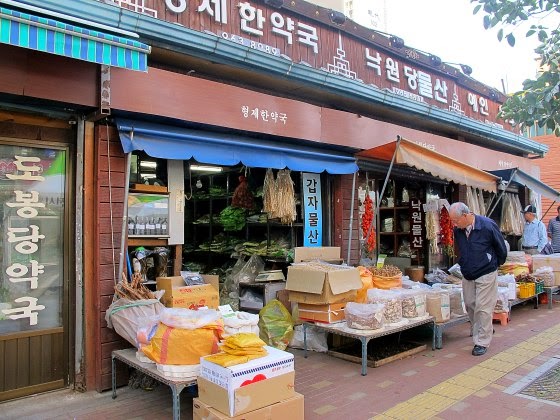 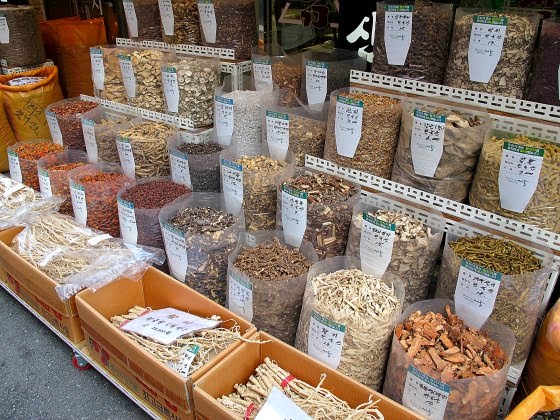 Posted by Virendra Rathod at 07:56